What are farmers interested in when it comes to the utilisation of bio-based resources? The survey was conducted as part of the Interreg Baltic Sea Region funded project BalticBiomass4Value, of which FNR is a project partner. The interests of Estonian farmers in the utilisation of bio-based resources were investigated and mapped. The Estonian Chamber of Agriculture and Commerce together with the Estonian University of Life Sciences and the Ministry of Rural Affairs carried out the survey.

The survey was open from February to March 2021; in total 271 producers answered the survey. With regard to type of producers, the majority of the respondents were farmers of whom 102 (~37%) are engaged in crop production and 90 (~33%) in livestock farming. Others included producers from food industry and forestry as well as service providers. Most participants are operating small size companies with 0-10 employees.

As a result of the study, in these companies the main bio-based resource produced as by-product is manure (~32%), followed by straw (~20%) and biomass from grasslands (~19%). The companies also indicated their high interest in utilization and adding value of these bio-based resource types, while 17% of respondents answered that they currently do not utilise bio-based resources generated in production. According to the survey, today the manure is mainly used as an organic fertilizer and in some cases as a raw material for biogas production. Straw is used for animal bedding and occasionally farmers crush the straw and incorporate it into the soil as an amendment. Biomass from grasslands is mostly used for animal feed.

In addition, there were many different topics of interest when it comes to processing of bio-based resources. In case of companies, the most relevant questions are related to the subsidies (~25%) and investment financing opportunities (~22%). There was also a great interest regarding development of new products and services as well as in finding new business ideas for processing of bio-based resources. In addition, 70 producers (~25%) expressed their interest in exchanging knowledge and experience with companies operating in the same field in other EU countries.

In the survey, we also asked whether producers see any legal restrictions in Estonia that prevent introduction of new technologies and processes for utilizing and adding value to bioresources. There were several problems identified among with the use of animal by-products (i.e. slaughterhouse waste) as a raw material for biogas production and the lack of subsidies.

The separate set of questions was presented to the livestock farmers to find out their thoughts on the biogas production. There were all together 30 companies who expressed their interest in this filed. As among the participants majority were representing small companies, then a small number of livestock (not enough manure) was the main reason of no interest in the biogas production. Also, a lack of stable policy was indicated as one of the great challenges, as current regulation does not provide enough stability for long-term investments. It was also proposed to set up a large biogas plant at regional or national level, which could utilize the manure from small livestock farmers. 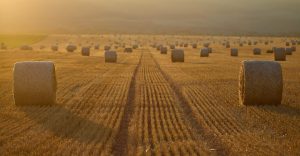 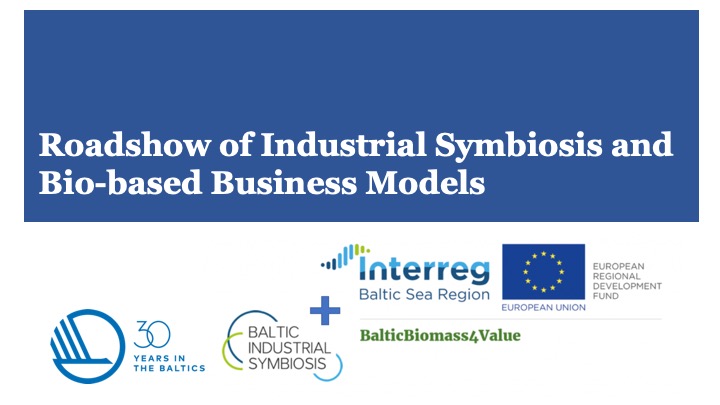 On 26 May 2021, two Interreg Baltic Sea Region projects, the “BIS – Baltic Industrial Symbiosis” project and the “BalticBiomass4Value” project, in collaboration with the Nordic Council of Ministers Offices in the Baltic States, held a virtual roadshow of industrial symbiosis and bio-based business models. The Nordic expert in industrial engineering and management from Norrum […]

What are farmers interested in when it comes to the utilisation of bio-based resources? The survey was conducted as part of the Interreg Baltic Sea Region funded project BalticBiomass4Value, of which FNR is a project partner. The interests of Estonian farmers in the utilisation of bio-based resources were investigated and mapped. The Estonian Chamber of […]

Striving to become the first climate-neutral continent, the EU adopted the European Green Deal, a new growth strategy that aims to transform Europe into a modern, resource-efficient and competitive economy, where there are no net emissions of greenhouse gases by 2050, economic growth is decoupled from resource use, and no person and no place is […]